Sulmona’s red garlic owes its quality and unique characteristics, that distinguish it in a decisive manner from other types of garlic, not only to the way in which it is grown, but also to the peculiarities of the Peligna Valley.

Topography of the area

Abruzzo is a region characterized by a particular morphology that makes it soil and climate unique, with obvious impact on the typicality of agricultural products, including Sulmona’s red garlic.

Crossed by the Apennines of Abruzzo, the region located in the Gran Sasso of Italy, the highest Apennine section, in which we find the Big Horn, with 2914 meters of altitude. To the west lies the plain of Campo Imperatore, while the eastern part is characterized by cliffs, with the Prati di Tivo and the Calderone Glacier. The Adriatic Sea washes the eastern part of the region, giving the different beaches, sandy and low from the border with the Marche region in Pescara and characterized by high and rocky stretches to San Salvo.

With a homogeneous territorial structure, made of mountains and sea, the Abruzzi region is also characterized by a particular climate, allowing you to define two different climatic situations. The hilly area, in the east, has a typical Mediterranean climate, with hot summers and mild winters, the mountain area, however, in the face of heatwaves, records of much lower temperatures in the winter, a factor that determines a long period of snow, almost permanently on the Big Horn. 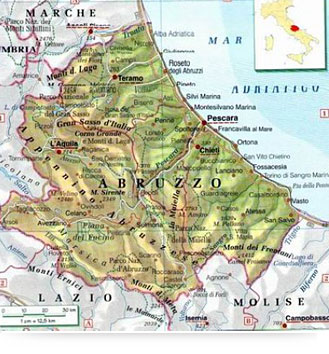 surface of the region used for agricultural production is equal to 93.3% of the total, divided as follows:

Among the products there are definitely more grown cereals (with 119,300 ha of cultivated land, a total production of 2.859 million q and a percentage on Italy 3.2%) and potatoes, grown mainly in the hilly and between mountains, interspersed with vineyards, orchards and olive groves. In the south-western area sugar beet cultivation is very developed, while in coastal areas there are mainly vegetables.

The Charter of Soils in the Abruzzo region has divided the territory into 3 main areas called regions of Soil. 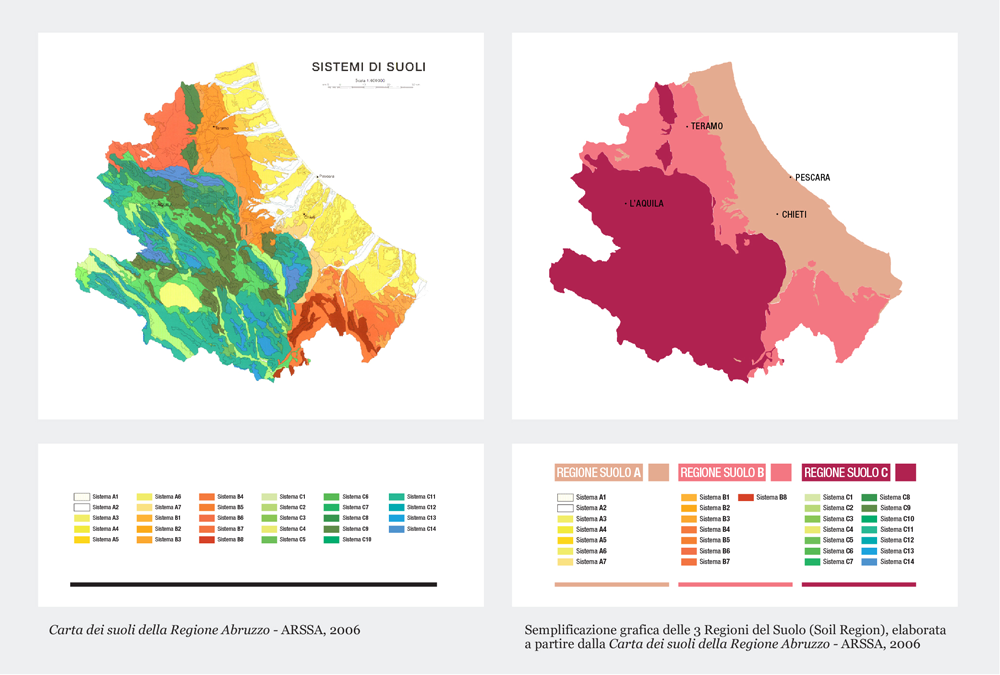 The Soil Region A occupies about 24 % of the region and coincides with the coastal area , including the strip of coastline, the hilly area and the alluvial valley of the great waterways.

With about 25% of the region ‘s soil B is characterized by the Apennines and antiappenninici of Central and South America, hills and mountains , the Mediterranean climate . The zone separates the hilly areas , located to the east , the massive West. 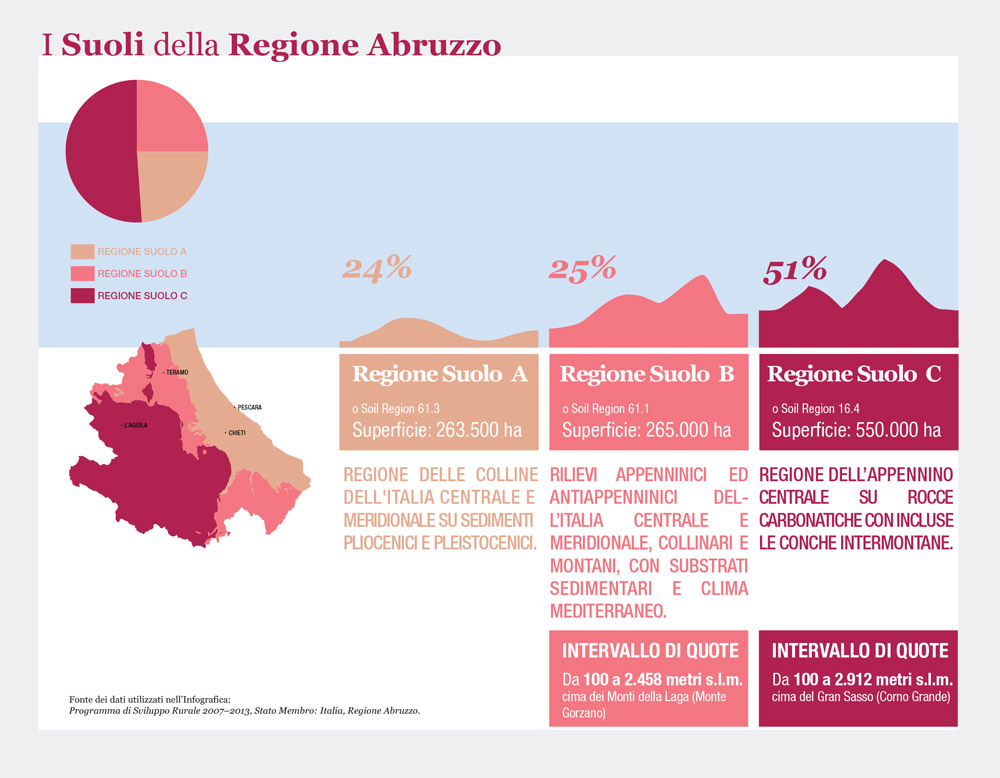 The variety of soils in the Abruzzo region, determines many varieties of crops , which makes the land rich and varied.

Source: Rural Development Programme 2007-2013, Member State: Italy, Abruzzo
The illustrations of maps “Soils of the Abruzzo Region” were made by NolaniDesign.comx
loading...
DIMARINO S.r.l - P.IVA 02476390691 | Powered by SabianLab
Back to Top

THROUGH A NATURAL AND TRADITIONAL METHOD OF GROWING, IT PRODUCES, COMMERCIALIZES AND EXPORTS RED GARLIC VARIETY OF SULMONA AND OTHER LOCAL TYPICAL PRODUCTS OF ABRUZZO.
By continuing to use this site you consent to the use of cookies on your device as described in our cookie policy unless you have disabled them. You can change your cookie settings at any time, but parts of our site will not function correctly without them.OkRefuse cookiesRead more